The many perspectives of grief

I had a conversation with Bertie's grandma at the weekend. One which left me a little shocked as to how far apart our views on grief, and missing him, and how to deal with it really are.  She commented that he is "all over my house" and didn't I think it would be easier on me if I kept him to the nursery? That way I could go in and look whenever I wanted?

Err.....no. Actually I am trying very hard to keep him out of the nursery. It isn't his nursery, not any more. Since we moved, since we packed that room away and filled this new one, I drew a line in my mind. He is no longer a baby, that is no longer his room. That is the room we don't use right now, but it's waiting to be filled soon we hope. Wouldn't making it a shrine to Bertie be a little creepy? Or did she mean to suggest I should pack him away in a drawer? I don't know what she meant, I am not sure she did either. I told her that for me, I need to have him all around, that it brings me comfort. In fact, I explained that it was very hard for me now that a photo of my nephew is proudly displayed on her mantlepiece, but not one of Bertie (there never was).  She told me that she doesn't want to be reminded. I told her that I cannot ever forget. By never mentioning his name, by not displaying his photo, I am not going to feel better about his death.  I am not going to forget for a second.

I have just finished making his third birthday gift, ready to take to his forever bed in a few weeks. She doesn't know I do this each year and would probably worry about me if she did know. She would see this as torturing myself, making it worse for myself.  I don't, I really don't.  It brings me comfort to do things for him. Sure, it crosses my mind that I could have been making a "3" birthday cake instead of a grave decoration, and yes, of course that's a painful thought...but, not doing anything at all for him is not going to make that thought disappear. Rather, having a little project to do fills the  painful days in the run up to his birthday.  Buying things for him does nothing for me. I know a lot of bereaved parents find comfort in buying toys etc to take to their baby's forever bed. Not me, I know he does not need toys and buying them just feels odd. But making something at least gives me a chance to be a mum in a small way.  A chance to show my love for my son. 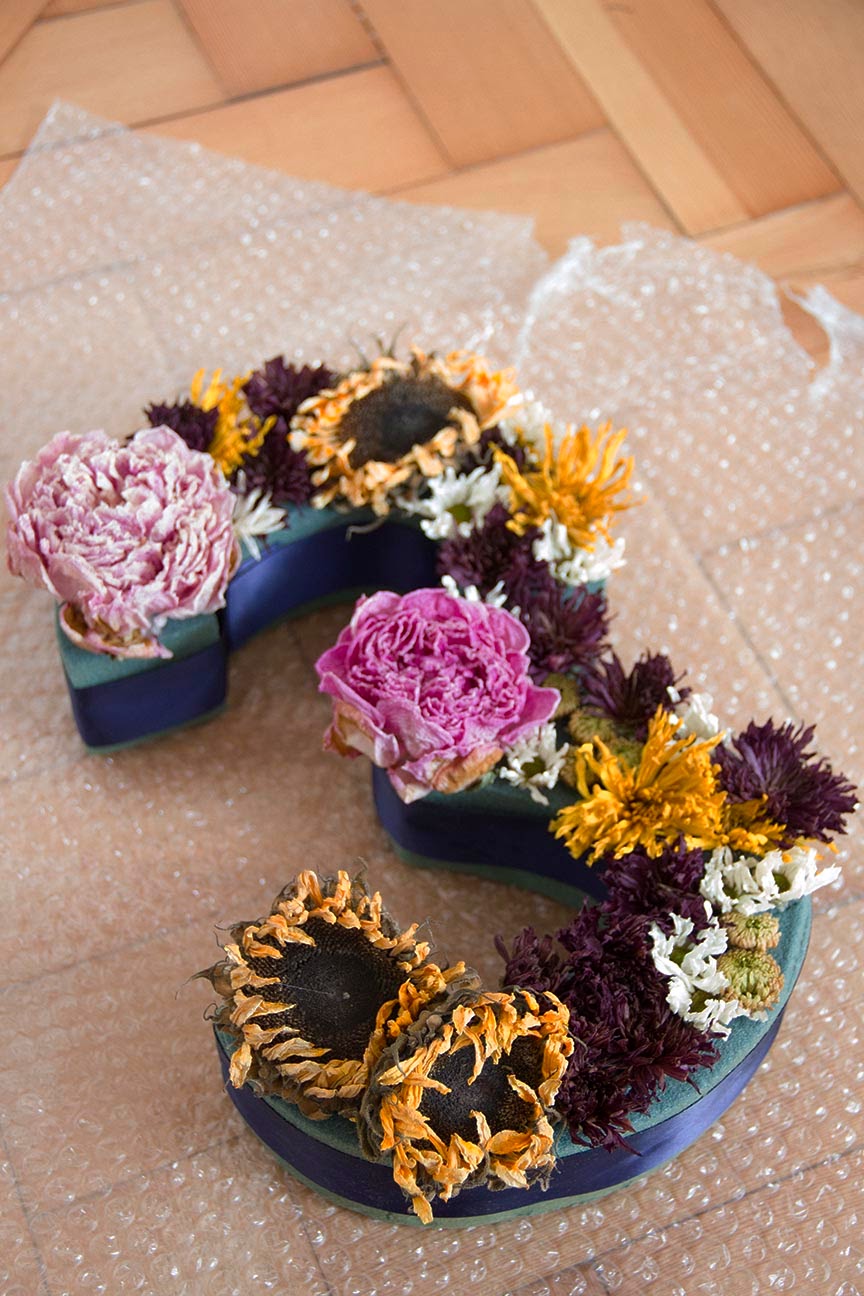 Having his photos on display, well, I know that's a contentious issue. Most bereaved parents I know choose to display them, or would dearly love to but feel they can't for fear of judgement.   I am "lucky". I have photos of my son alive, and those are the ones I have on my wall. I don't see it as any different to my brother in law and his wife proudly displaying photos of their son all over their lounge. It's no different to any parent. Yet, my mother in law thinks it is strange to display photos of someone who had died. As do lots of people.   I told her you wouldn't take a photo down of a parent or sibling after they die and she said no, but....(but what, exactly? What is the difference??)

I wonder what you all think about this? Do you think it is strange, or right, or even acceptable, to have photos on the wall of a baby who has died? Do you think it is weird to try and create new images, by writing his name in the sand for instance? Do you think I make it worse for myself by making gifts for him? I'm asking purely because I am curious.  I won't be offended (but I will remove any comments I think are impolite) and I know that everyone has to grieve in their own way.  I am just interested to know how my own variety of grief looks through the eyes of people who aren't related to me, especially those who have not been through a loss like this. Please feel free to leave a comment, anonymously if you wish.
Posted by AngelBertie at 16:39